A striking and colourful creation, inspired by tennis and the energy that it transmits

Every year the AccorHotels Arena plays host to the Rolex Paris Masters, a succession of elite showdowns in which the world’s best go head to head. The French Tennis Federation wishes to set up a large-scale sound & light show for the 2020 edition, broadcast on the courts and using all the available screens inside the arena.

Solution
Minimalist and elegant yet colourful and striking, NŌBL’s proposal plays with the imagery associated with tennis, drawing inspiration from sporting performance to create an intense yet accessible spectacle. The bounce of a ball, the shock of a racket in slow motion, the finer details of a net: everything provides both inspiration and the pretext for a creation that unveils the beauty of this sport. This visual universe is also rolled out on various other means of communication, thereby creating a global identity. 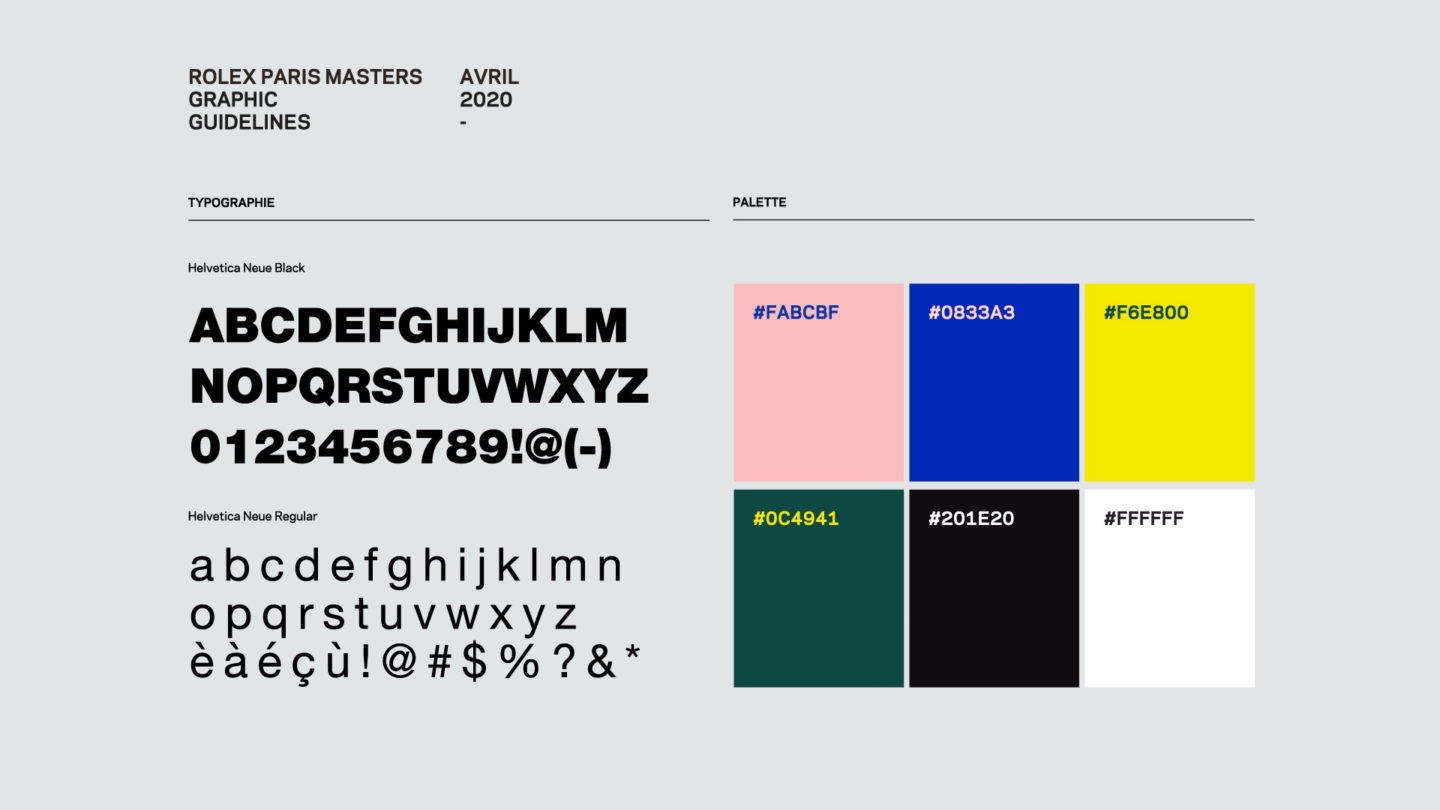 The typography is a key element of our proposal. Initially functional, in order to announce the names of the players. it soon evolves to allow the creation of playful typographic animations. Appearing in the form of short inserts, the snatches of text become a major graphic feature. Of varying sizes, they draw the public’s gaze: at times enormous, creating tempo and impact; at times only small, like annotations, bringing a sense of technique, mastery and precision.

We’ve created a set of 3D objects, a visual bookstore mined from the world of tennis. This library of shapes reinforces the identity and the imaginary dimension of the piece. Their animated interactions create moments of rupture and intensity throughout the spectacle.

Inspired by the sport, and by the energy and rhythms that it transmits